A simple idea has become the inspiration for a project to create a tapestry detailing the life of the Sutton Hoo burial ship. The project, based in the Longshed, already involves more than fifty people from Woodbridge and surrounding villages.

The tapestry will be over 90 feet long and produced on 30 or more panels.

The story it tells begins in about 450 AD with an acorn buried in the soil by a squirrel. Over the next 150 years that acorn grows into a magnificent tree, standing among many others in the forest. King Raedwald sees the tree and wants it, and several of the other trees, for his new royal ship. That ship is eventually used as a burial chamber for the King at Sutton Hoo.

The story runs on through time and the tapestry will depict events, including the Battle of the River Idle, the Norman Conquest, Elizabethan grave robbers, and in 1939 Basil Brown excavating the burial mound that unearthed the ghost of the ship.

We already have some beautiful designs and needlework in progress. The images below show some of the work that has been done so far. 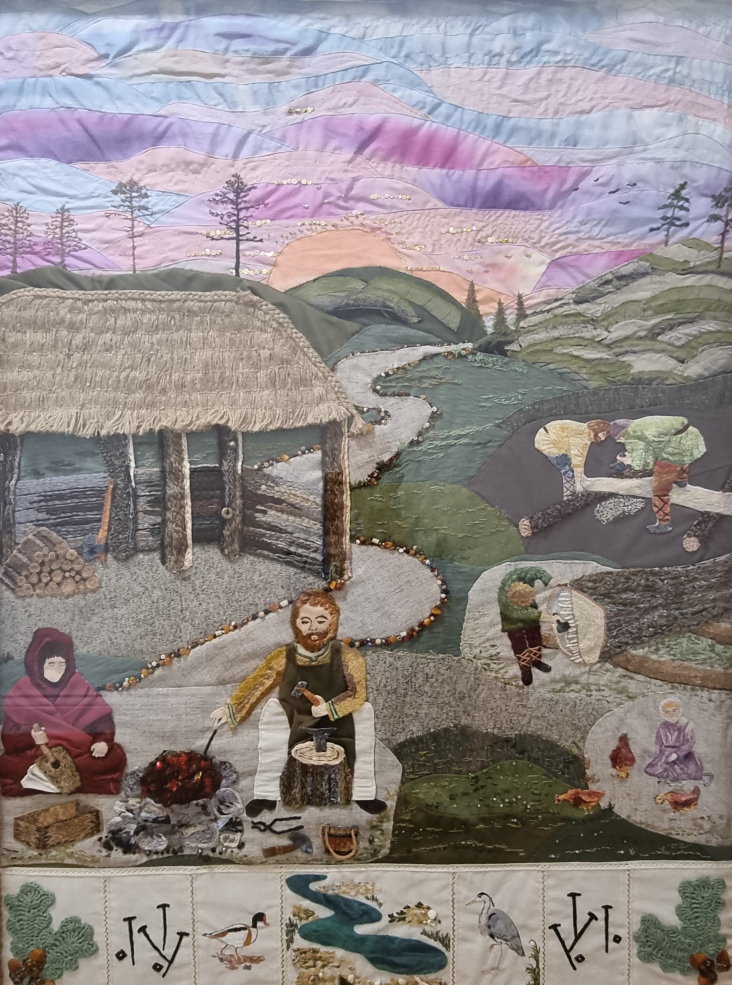 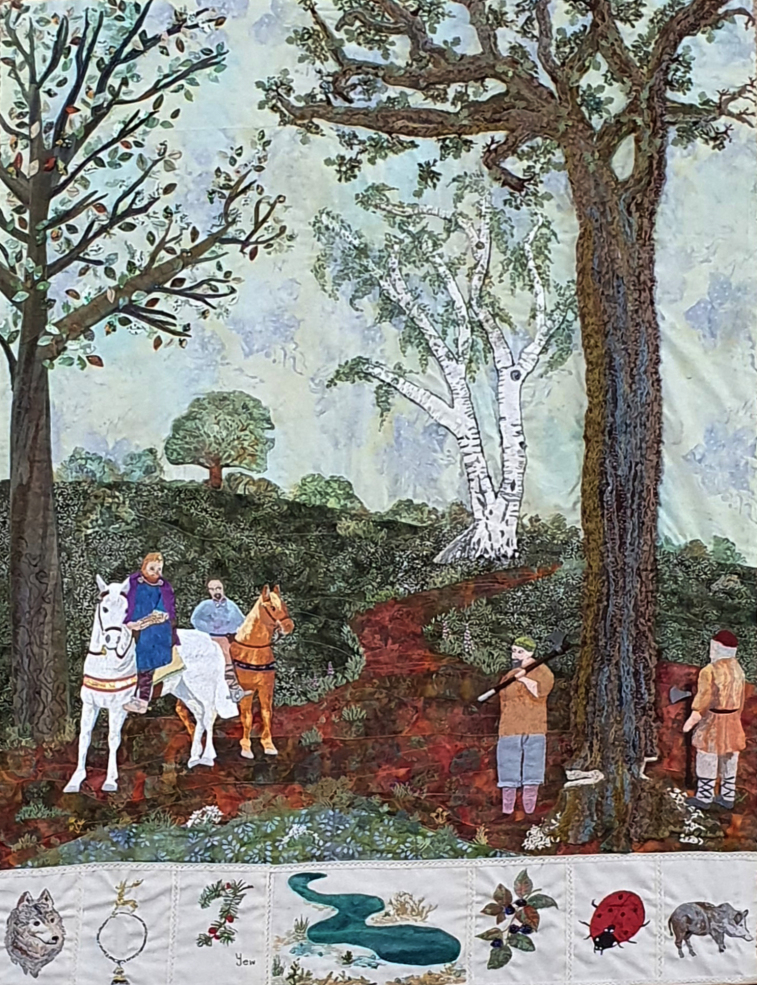 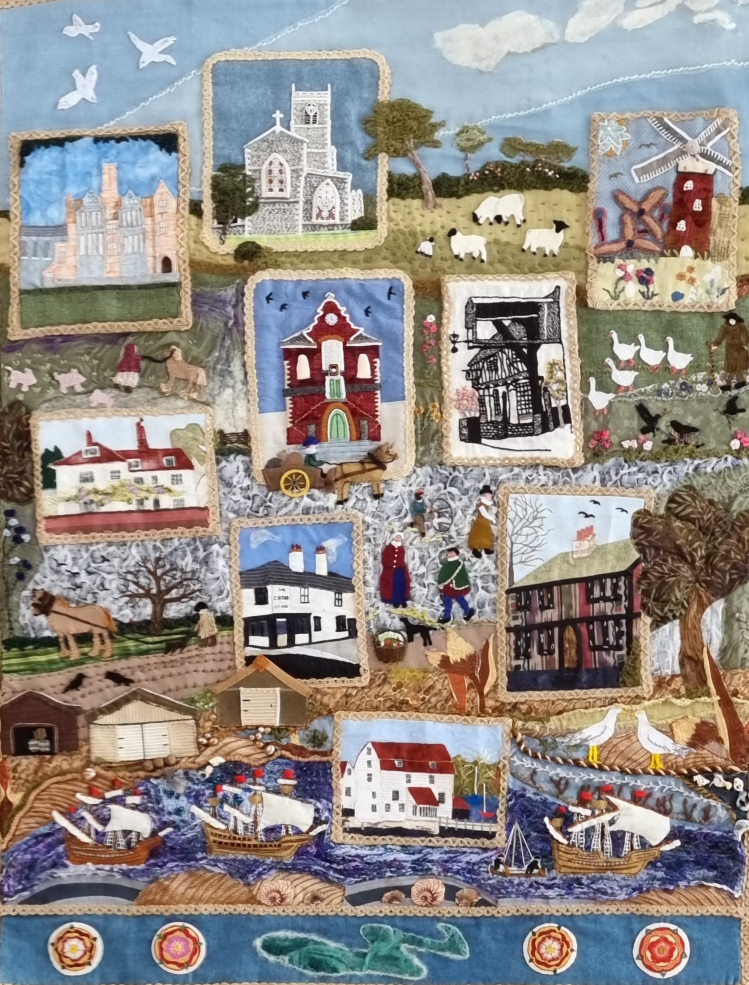 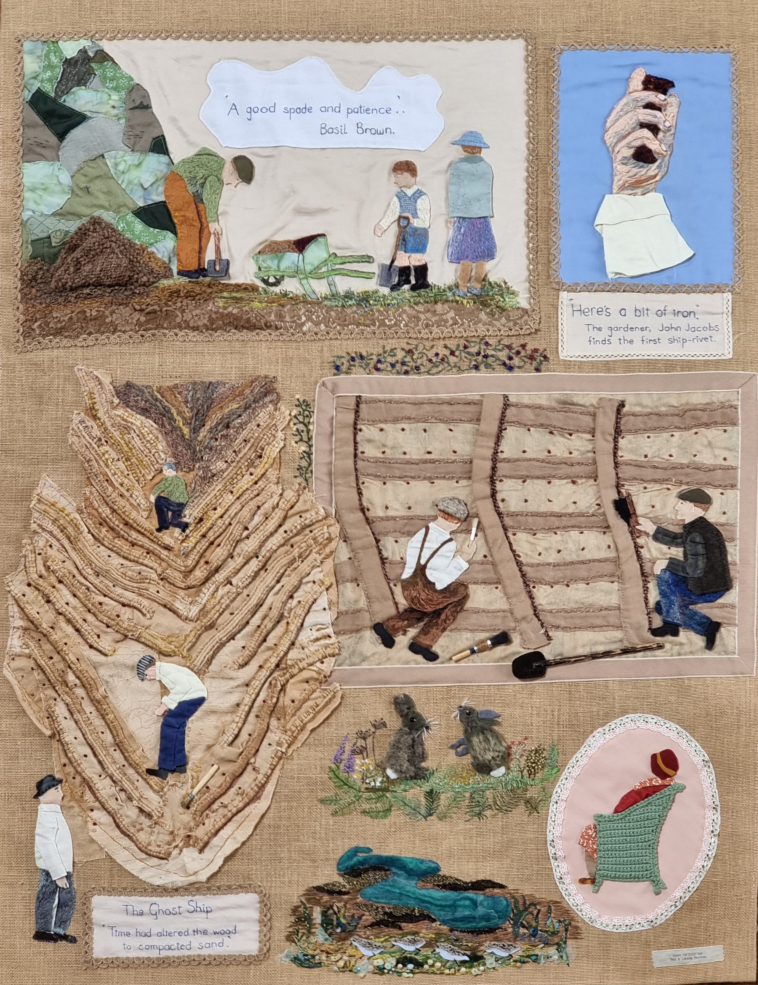 The rest of the tale is yet to unfold. A new project to build a reconstruction of this beautiful ship has begun in the Longshed workshop. The ship reconstruction will take up to 3 years to complete and the next phase of the project will take it onto the rivers and sea for trials and longer voyages.

After this where will it end up? We don’t know at the moment. The tapestry won’t be completed until the reconstructed ship finishes its voyages – by that time there may be a new generation of needleworkers involved in the project. tapestry@woodbridgeriversidetrust.org