Education, training and research are at the heart of the WRT ethos. We run or co-run a number of on-going projects which provide valuable opportunities for students and volunteers of all ages to engage with maritime heritage, Anglo-Saxon history and hands-on skills development.

The Anglo-Saxon ship reconstruction in the Longshed is a unique project set up by our sister charity the Sutton Hoo Ship’s Company.

Just across the river Deben from the Longshed are the ancient burial mounds of Sutton Hoo, where the first King of England, Raedwald, was interred in a burial ship with many great treasures very nearly 1400 years ago in 625 AD. This huge ship, which was over 27 metres or 90 feet long – was dragged up the hill to a final resting place where it lay undisturbed for over 1300 years, until it was excavated in 1939 just before the Second World War.

This project will gain new insights into the craftsmanship and seamanship of the Anglo-Saxons as well as their lives, culture and trade between East Anglia and neighbouring countries. 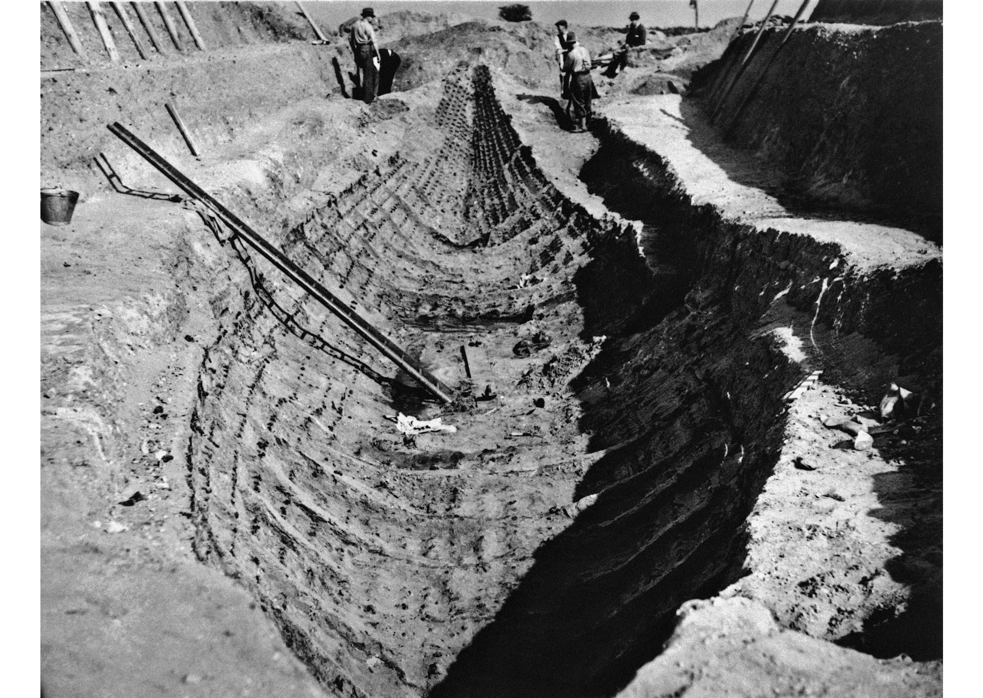 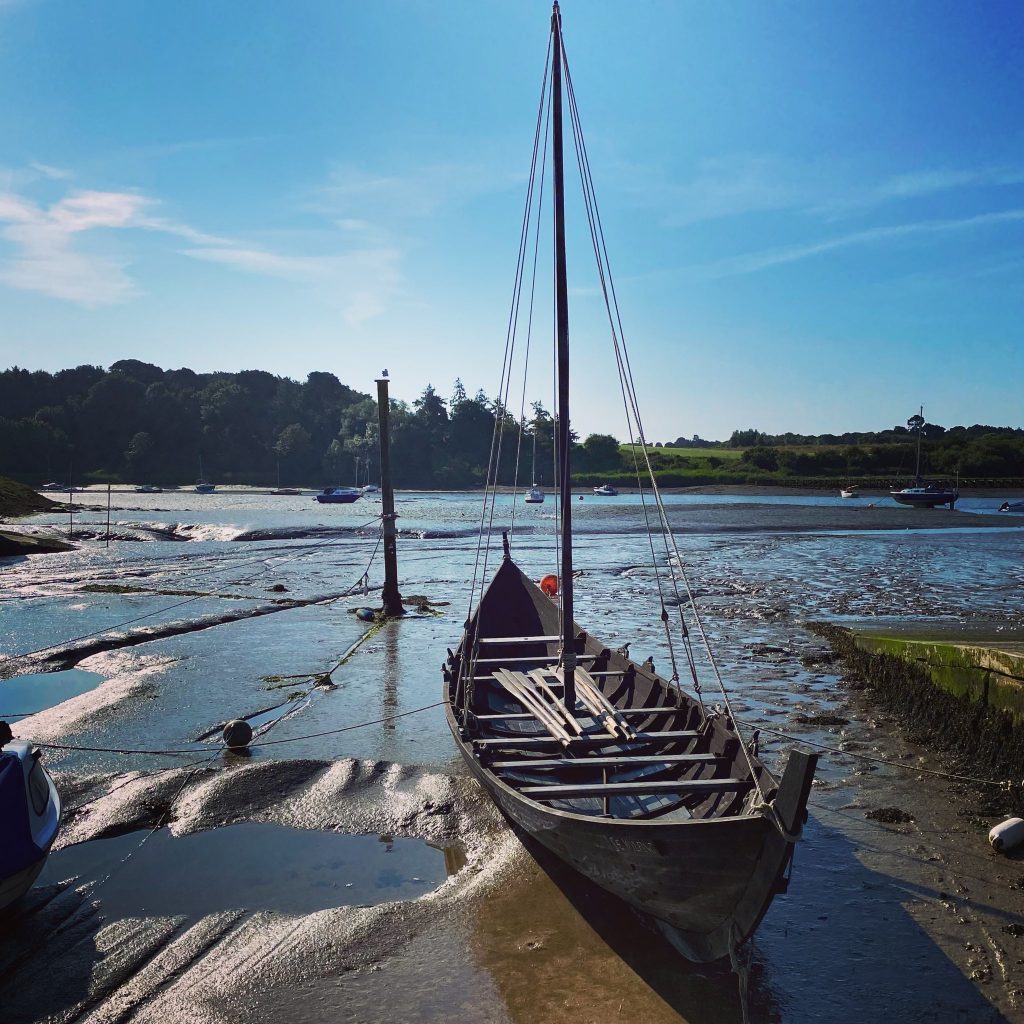 Sae Wylfing is the half size working replica of the Sutton Hoo Anglo- Saxon ship – half size in length, but only an eighth of the size of the full ship by volume.

The Sae Wylfing (sea wolf cub in Anglo Saxon language) was built by Edwin Gifford in 1993 to explore ideas then current on the shape of the ship, and to test it as a sailing boat. It is currently being cared for by the Woodbridge Riverside Trust.

A simple idea has become the inspiration for a project to create a tapestry detailing the life of the Sutton Hoo burial ship. The project, based in the Longshed, already involves more than fifty people from Woodbridge and surrounding villages.

The tapestry will be over 90 feet long and produced on 30 or more panels. 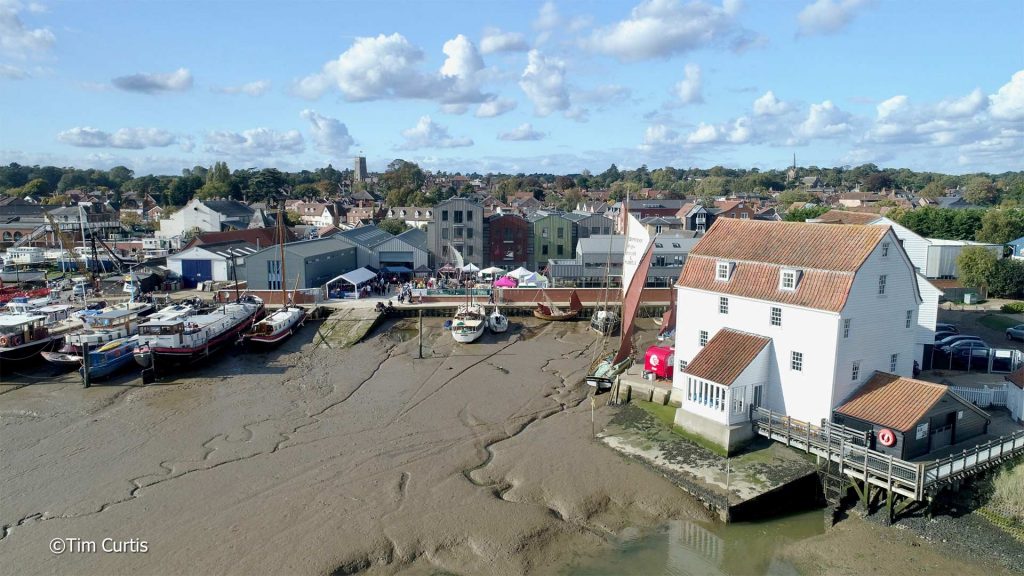 In July 2017 with co-operation from Carter Construction (Ipswich) we produced our first project “The Kings River” Gala performance on what is now Whisstocks Place and in the Riverside Theatre. Since taking on the lease of the Longshed from Woodbridge Town Council in April 2018 WRT have facilitated the construction of our first St Ayles Skiff by volunteers from the Woodbridge Coastal Rowing Club and a Pirogue canoe built by young people from the Just 42 youth group. In October 2019 we staged the Going with the Flow exhibition in the John Gibbins gallery on the first floor of the Longshed.